every cell to retain some sort of energy memory about us that can get passed on through organ transplants to the recipients. We saw how Dr Gary Schwartz was showing off his latest art prodigy who had acquired the ability to crayon-in after a heart transplant from an artist.

Then we saw that these theories were being backed-up by the forgetful Hawaiian, polymath Dr Paul Pearsall. After being prompted to look into Dr Paul Pearsall a little more, I came to understand that his theories of ‘cellular memory’ in transplant patients have indeed been published.

Two places appear to have the privilege of his thoughts, Nexus magazine and the Journal of Near Death Experiences.

A peer reviewed journal? Maybe this theory has been peer-reviewed after all? Maybe it is me who is bonkers? So, I Iook this journal up.

Picking a random paper published in the journal, I go for: “Cheating the Ferryman: A New Paradigm of Existence? ” by Anthony A. Peake.

Let’s run this paper through the quackometer. We get:

Forgive me for quoting the whole Abstract, but it is worth it…

Survival after death of the body is arguably the most fundamental question facing sentient beings. I present a rationalistic argument for what occurs subjectively at the moment of death, using insights from quantum physics, neurology, perceptual science, psychiatry, and Gnosticism. At the point of death, three events are brought about by neurotransmitters flooding the temporal lobes. First, the dying person “falls out of time” as the speed by which stimuli are processed by the brain is altered. Second, the person’s consciousness splits into two independent entities, the Eidolon (“I”) and the Daemon (“higher self”). Third, the brain starts a “real time” recreation of the subject’s life projected into consciousness of the Eidolon as a reality indistinguishable from the real thing. The Eidolon lives its life again as if it was the first time, but now with a higher self (Daemon) taking the role of a guide. This second life runs in an alternative universe within the consciousness of the perceiver and takes place in the microsecond before the perceiver is seen to die in the universe of any observers. In the observers’ universe, the perceiver dies; but for the dying person, time expands to make that last microsecond last a lifetime. At the end of the second “lifetime,” the same process occurs again in an even smaller segment of time, a literal version of the “Eternal Return.”

I’m not quite sure what this is, but it ain’t science.

So who is this Anthony A. Peake, the author of this insight into a ‘quantum theory of death’?

It turns out that Mr Peake is a “Divisional Human Resources Manager for North of England and Scotland for Nuffield Hospitals in the United Kingdom”. He has a degree in history and sociology.
It would look like the Journal of Near Death Experiences is happy to print the ramblings of bored Hospital HR managers. Now I understand what my private health insurance is paying for.
I wonder if I can get a spoof article published in that Journal? That would be wonderfully funny. 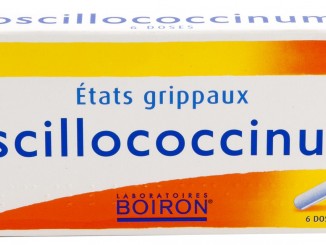 5 Comments on UK Hospital HR Manager in ‘Near Death Experience’