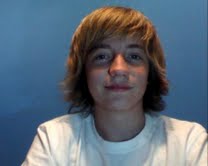 I have been hinting that Burzynski has been threatening other prominent UK bloggers. Well, that blogger has now gone public.

Rhys Morgan is a 17 year old schoolboy from Wales. He has a keen interest in quack remedies, having been exposed to many through his own health problems with Crohn’s Disease. He hit the headlines on the BBC last year for exposing the bizarre world of a quack cure called Miracle Mineral Solution, that had been touted to fellow Crohn’s sufferers.

Rhys not only blogged about this dangerous form of quackery, but lobbied Cardiff City Council to persuade them to get the Trading Standards Authority involved. For his efforts, the James Randi Educational Foundation awarded him him the Grassroots Skepticism prize at the London Hilton Metropole. The BBC reported that Rhys would go onto tackle more ‘miracle cure’ web sites.

So, Rhys wrote about (see here) the Texas based clinic of Stanislaw R. Burzynski, M.D., Ph.D who offers a urine based therapy as a cure for cancer. In his article, Rhys discussed Stan Burzynski’s “antineoplaston therapy”. He highlighted the recent examples in the press of where a teenager in Ireland with a brain tumour was having €120,000 raised for him to be sent to the Burzynski clinic, and also the case of a young mother in the UK whose family was trying to raise £95,000 to be sent to America “as the NHS does not fund this treatment.”

The problem is, as Rhys noted, is that antineoplaston therapy is considered an unproven treatment based on a hunch. Burzynski has been conducting continuous clinical trials on his therapy. Indeed, it would appear that the only way to get treatment is to enrol in a trial – and then pay for the trial yourself. The results of these trials have not convinced other researchers. The American Cancer Society states that “Most cancer specialists believe there is insufficient evidence to recommend use of antineoplastons.” They note that even alternative medicine enthusiasts are wary of this treatment with Dr Andrew Weil saying, “I see no reason for any cancer patient to take this route.”

Rhys’s article is thoughtful but direct. Of the patients he mentioned, he says, “I hate the idea of taking away someone’s last hope. Even though this is false hope, I still hate taking it away.” But he fears that misleading desperately ill patients is even worse. I too share a contempt for those who seek to take huge sums of money off the dying by offering vain hopes through unproven cures. I get family members writing to me on this web site after loved ones have been dragged into quack cures during their last months, wasting money that surviving families really need and wasting time that could have been better used being close to those you love.

It is therefore no surprise that Rhys noted Burzynski conviction for fraudulently claiming money from an insurance company and hence saying “I take no issue with calling Stanislaw Burzynski a quack and a fraud.”.

The Threat from Burzynski

A few weeks ago, Rhys received an email from a Marc Stephens who stated that his post and tweets were “in violation of several state and federal laws.” and that he “immediately cease and desist in your actions defaming and libeling my clients.”

The letter gave Rhys a bit of a lecture of US law on libel seemingly unaware that they were talking to a 16 year old school boy who was not resident in the United States. The letter ended with the threat, “ I suggest you remove ALL references about my client on the internet in its entirety, and any other defamatory statement about my client immediately, or I will file suit against you.”

Rhys is a bit of a smart chap. But receiving this is not pleasant. It could have threatened his entire wealth of a few hundred pounds in a savings account. Furthermore, it offended his sense of justice and ethics to take down an article that he felt was entirely justified on the basis of a broad threat that failed to identify anything that was factually incorrect. Instead, Rhys noted the rather odd statement in the letter that “Every comment you made in your article is highly incorrect.” He knew this was not true.

A quick bit of Googling by Rhys revealed that Marc Stephens did not appear to be a lawyer but was employed by the Burzynski Clinic for the purposes of Marketing and Sponsorship.

Rhys responded saying that he had to finish school that day before he could do anything. Stephens responded asking Rhys to “Please forward the notice to your parents if you are actually in High School. This is a very serious matter. “ and then demanded that Rhys “provide a public apology to Dr. Burzynski and his patients and post it on your websites, and social media sites.”

So what to do?

Rhys has many good friends. He contacted myself for help. He spoke to Simon Singh who had been through a two year ordeal when the now totally discredited British Chiropractic Association tried and failed to sue him for defamation. He got some good advice.

Taking down his blog posts appeared to be a sensible thing to do in order to show good will whilst the problem was explored. That goodwill has not been extended back. So, Rhys has now republished and added a commentary. You had best read it.

Rhys is a bit of an hero. With his campaigns to close down the dreadful Miracle Mineral Cure, he has undoubtedly helped many very poorly people from being duped into taking dangerous quack medicines.

You know what? It is just likely that at 17 years of age, Rhys Morgan has already saved more lives by simply speaking out than Burzynski has in three decades with his fixation on his “antineoplastons.”