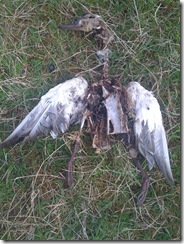 Last April, I predicted that Prince Charles quackery promoting charity, the Foundation for Integrated Health faced imminent closure due to non submission of accounts to the Charity Commission.

Ten days later, the Foundation announced its intention to close amid arrests for fraud and money laundering. In a statement, the charity claimed that it had always intended to close as its aims had been met. This claim was met with derision: a “ludicrous bit of make-believe”, said David Colquhoun.

Well, finally the accounts for 2008 have been submitted. The Charity commission usually publishes the accounts of charities, but for some reason they are not available online. So, I asked for a copy and quickly received them. [pdf]

What do they reveal?

Firstly, a spate of trustees resigned around March 2009.

Why, we do not know. But it would have been about this  time that difficulties in making the accounts balance would have started to come to light.

As far as the headline numbers went for 2008, they were not great:

And, as we had been hearing reported, the auditors had experienced problems.

It would appear that the cash problems had placed the charity in a little difficulty.

So, ‘Long Term Supporters’ had bailed them out. I wonder if that is euphemism for Brian? Of course, other supporters that have stepped in to save Foundation projects have included Dame Shirley Porter.

The accounts have been submitted without the trustees or auditors being able to satisfy themselves that they are complete and accurate.

The accounts again make the claim that a review had been undertaken and a decision made to close the charity.

On one point, Gimpyblog reported that Boo Armstrong, the person behind the infamous Northern Ireland CAM study had been appointed Chief Executive. It is a claim she still makes on her LinkedIn profile.

But the idea that a decision had been made some time ago to close the charity does not appear to be credible to me. No hint of it is given in the previous year’s accounts that this might be on the cards and the behaviour of the charity has suggested it was business as usual, right up to the last minute.

There was to be a large conference in July featuring ‘keynote speakers’ Roger Daltry and Dr Phil Hammond. Dean Ornish, the champion of ‘integration’, was to come over from the US.  The conference was to “put integration on the national map, the easier it will be for each of us to get the necessary funding and support to take integration forward in the future.” Hardly, the wish of an organisation near the completion of its goals. Teh conference has now been cancelled.

Officers of the charity would appear to also have been exploring links with Indian institutions. The Times of India reported in February that, “The Prince’s Foundation for Integrated Health will soon collaborate with institutes practising and promoting alternative and integrated systems of medicine.” Kim Jobst and Michael Dixon were interviewed in India and indicated just how much work still needed to be done in the UK, “Integrated health is not covered under the National Health Service and funding is less than 1%. Due to allopathy doctors and the pharma lobby, research in integrated medicine is suppressed and has suffered because of low funding”.

A more realistic picture is that the Foundation was failing miserably. It was suffering internal collapse and its initiatives were being heavily criticised and thwarted. The chance to start a Faculty of Integrated Medicine at The University of Buckingham ended once the Vice Chancellor found out what the game was. Its lobbying to have herbalists and acupuncturists statutorily regulated appeared to have collapsed after fierce opposition to the aggrandisement of quacks was forthcoming. The voluntary regulation of other forms of quackery through the Foundation supported body Ofquack was feeble and ineffective.

It looks like the Foundation was struggling on though a meltdown before the arrests finally made the remaining trustees pull the plug. Whilst we cannot know for sure, the statements in the accounts look a little like a post hoc justification for closure rather than an accurate representation of history.

What role Prince Charles had in the closure is again almost certainly never going to be known. He cannot have been happy with his toad eaters leaping from one crisis to another and must have seen the charity as nothing but bad publicity for his future kingshipness. A complaint had been made to the Charity commission about how the Prince may have used the charity to attack critics of alternative medicine. I am sure he would have been keen to avoid an investigation.

But it is good news that it has gone. There is nothing wrong in principle with organisations promoting various forms of alternative health care, but the constitutional position of Prince Charles gave far more weight to these fringe views than they deserved. And his position made it almost impossible to allow full scrutiny of their activities due to his exemptions and privileges as heir to the throne.

I hope the Prince now wisely chooses to keep his views on magic beans to himself. And if he wants to take magic sugar pills away with him on his journeys, it should be nobody else’s business but his own. The rest of us want to have a grown up debate about healthcare and evidence. Charles has shown that he does not have the insight to take part constructively in that discussion.

If you have some skilz in reading accounts [pdf] let me know what you think. There is plenty of scope for me to have missed the obvious and non-obvious.

An accountant reader of this blog, who wishes to remain anonymous, has written the following after looking at the accounts.

You mention the financial position briefly, but it’s very poor indeed. Their income fell by more than half and they made a huge loss.

The fraud doesn’t account for it. They disclose as extraordinary cost of only 148k, which isn’t anywhere near the in year deficit (circa 430k) and while the auditors can’t guarantee this is the full extent of the fraud, if it is any larger, it would simply make the position worse.

So, it must be to do with normal operations. The full year of activity that they outlined in the 2007 accounts suggests they didn’t plan for such a financial position. This is backed up by their statement that they only decided to wind up after a review in 2008 and 2009. So it wasn’t as if they ran up a deficit because they were using up funds in advance of closing.

So the question for the Trustees is: Were they concerned about the worsening financial position during 2008, and did they do anything to investigate it? It is impossible to tell, but had they investigated why finances had worsened, the fraud might have come to light earlier.

I notice that their auditors are based in the same building as FIH, so, it’s not as if they had a long way to walk if they wanted a bit of informal advice or ask someone to come in and take a look!

There are a couple of things hidden in the numbers as well, which might be of interest.

The only restricted income that they get is from the DoH, and the payments received for Regulation of complementary therapies fell significantly from 300k in 2007 to 120k in 2008. You may well know why this happened, but I couldn’t find anything in the accounts to explain it, nor in your posts.

Also, did you clock the Related Party transaction? Nelsons (of whom the trustee Robert Wilson is Chairman) increased their donations from 44k in 2007 to 150k in 2008. 150k represents well about 35% of the FIH’s unrestricted (ie non-DoH income) during the year. FIH’s dependence on Nelsons increased massively – it went from around 4% of thier total income in 2007 to around 27% in 2008.

The donation is virtually the same as the amount disclosed in relation to the fraud (150k compared to 148k). There is no suggestion whatsoever that they are related since the fraud didn’t come to light until 2009, but they were both in the same year. I wonder how pleased Nelsons would be if it were publicly known that their financial support has effectively bankrolled a fraud at FIH?

Also, interestingly, Robert Wilson did NOT resign in March 2009, but waited until December to do so. It’s hard to judge what this means, but I wouldn’t be surprised to see further significant donations from Nelsons in the 2009 accounts, whenever they appear. I wonder if these are the ‘Long Term Supporters’ they refer to?

It looks like the Endowment will revert back to its donor (which I presume is Prince Charles, but it might not be since they remain anonymous in the accounts). This makes up most of the charity’s current assets (Investments+some cash) but they won’t be able to use these funds to wind the charity up since they have to pay it back. At the end of 2008, they owed £255k but only had around £100k available to pay it off.

Add on the costs of closing the charity down which can be significant (redundancies, etc) and any deficit in 2009 and they will need to lean on their “Long Term Supporters” if they are shut down in an orderly fashion (and avoid insolvency). And it could be very messy, since the auditors have said that they can’t guarantee the numbers aren’t materially misstated due to the fraud and lack of paperwork.