Yesterday, the House of Commons saw a debate on the funding of medical astrology. Yes. Medical Astrology. The Hansard Report of the debate has a seventeenth century feel to it. Tredinnick asserts that the phase of the moon influences the number of accidents and stops blood from clotting. He has tales of eastern lands that use astronomical signs to influence health care and governments that have official astrological systems. Britain should have them too.

It goes without saying that David Tredinnick is off with the faeries. He is also the democratically elected representative of the constituency of Bosworth. His parliamentary history is tarred by his involvement with the ‘cash for questions’ affair and the recent revelations that he was using parliamentary expenses to buy astrology software and training from ‘Crucial Astro Tools’.

Whilst we might dismiss this man as an eccentric buffoon, the government’s response to his speech is a large cause for concern.

Tredinnick uses his speech to rant about his desire to see more government funding of quackery within the NHS and to use legislation to support quacks in their work. He covers a lot of ground.

He rants about how homeopaths (a favourite of his) are under attack from the World Health Organisation. He fails to mention these homeopaths are trying to use their sugar pills to treat AIDS and malaria  – a practice that can only really be described as murderous. Tredinnick misrepresent the research on homeopathy and childhood diarrhoea – a condition that kills hundreds of thousands in the developing world – by saying that trials have ‘proved’ its efficacy. Utter nonsense.

There are also serious problems in chiropractic, which one might call an assisted discipline to osteopathy. The General Chiropractic Council has been bombarded by complaints from bloggers—spurious complaints I would say—which it is obliged by law to investigate. I am very concerned that genuine complaints will not get through and that any practitioner, against whom a genuine complaint had been lodged, could continue to practise. Will the Minister look at this very unsatisfactory situation, which arose following an individual losing a court case against the British Chiropractic Association?

This is a very misleading statement. Simon Singh has not lost a court case against the BCA. It has not gone to trial yet. Indeed, the whole libel case has attracted massive media attention due to the terrible way this case is being used to close down debate about chiropractors and their dubious methods.

The complaints from various people to the GCC are far from spurious too. Claims are being made by chiropractors where there is not a jot of evidence to support them. This is a serious public health issue and the MP is completely missing the point.

Most offensively, he claims critics of alternative medicine are from ‘superstitious’, ignorant and racially prejudiced scientists. It would appear he has a cheek calling scientists superstitious. He says that scientists should not criticise other culture’s quackery because “Criticism is deeply offensive to those cultures, and I have a Muslim college in my constituency.”

One would have thought the only reasonable response to such a display of delusion, stupidity and irrationality would have been to laugh the poor man out of the chamber. But the minister for health, Gillian Merron, appears to take him seriously. I would hope this is just parliamentary custom, but she begins “I congratulate David Tredinnick on securing this debate on the important matter of complementary and alternative medicine” Yes, medical astrology is the most important thing that is missing from our health service.

“healers who can do remote healing, it is no good people saying that just because we cannot prove something, it does not work. The anecdotal evidence that it does is enormous. I know that the Minister is a forward thinker, and I believe that the Department needs to be very open to the idea of energy transfers and the people who work in that sphere.”

He also presses on,

problems of negative information, particularly in the context of the Royal London homeopathic hospital and homeopathy generally, and of what is effectively an attack on a statutorily regulated body dealing with chiropractic. Will the Minister offer to look into the position, and perhaps write to me about both the state of the Royal London and the disinformation that has been issued and the chiropractic regulatory council?

The Minister’s response shows how far the government is from understanding the issues raised by protecting the public from the false claims of alternative medicine.

Merron says “that the Government’s position on complementary and alternative medicines, which I shall refer to as CAM, is the same as our position on mainstream medicines. “

Real medicine, whilst obtaining genuine and life saving results,  has serious risks. It requires practitioners to be fully trained in the techniques and be able to assess evidence and understand the risk and benefits of these treatments. It needs practitioners to be insured for the inevitable mistakes and to undergo continuing professional development. It requires bodies to prevent the incompetent from practicing of they are found to be incapable of maintaining agreed standards of care.

None of this applies to pseudo-medicine. Firstly, these treatments, such as homeopathy and most applications of chiropractic, have been shown to be ineffective, The practitioners, in maintaining their claims, are systematically incompetent. Incompetence is the common standard not an exception to be guarded against. Their training merely serves to reinforce delusions and bad practices. That is why so many homeopaths and chiropractors are almost universally against vaccination and the use of real medical treatments. Their training reinforces harmful and absurd ideas.

The governments stance is to validate and rubber stamp this training in delusion. Merron says,

Other schemes that the Department supports include the Medicines and Healthcare products Regulatory Agency’s new traditional herbal medicines registration scheme, which will make it easier for consumers to identify regulated products. We will also continue to support the work of the Complementary and Natural Healthcare Council, and we have funded its start-up costs. The CNHC is a voluntary registration body that is open to massage, nutritional, aromatherapy and reflexology therapists. It will open to more therapies in due course. Registration means that the practitioner has met certain entry standards, including accredited qualification, and subscribes to a set of professional standards. The Department meets the CNHC regularly to discuss progress.

She is of course referring to Ofquack here, the derided and incompetent new regulator which will run out of cash very soon due to its failure to sign up quacks to the register. Such bodies do not protect customers; they merely rubber stamp dangerous incompetence.

Let me recap briefly: we provide information on safety, clinical effectiveness, cost-effectiveness and the availability of suitably qualified or regulated practitioners, and I think that that puts us in about the right place. As I was saying, the hon. Gentleman is a great ambassador and is very knowledgeable about this subject.

Regulation needs to move away from this naive view of alternative medicine. It is not medicine and it is not an alternative. It is a set of pseudo-medical beliefs held by cult like bodies and deluded individuals. Protecting the public needs to take this into account.

Tredinnick is hopefully a minority of one in parliament. His views are extreme and obviously idiotic, but government appears to wish to pander to these delusions. A complete rethink is required on the gopvernments stance to quackery. A start would be to throw out the Pittilo report which is currently being consulted on. Its adoption would be a major threat to the public and a step closer to us having state appointed medical astrologers. An absurd but not too absurd thought. 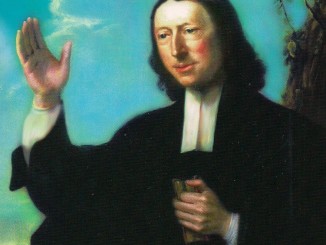 The Epiphenomena of Quackery