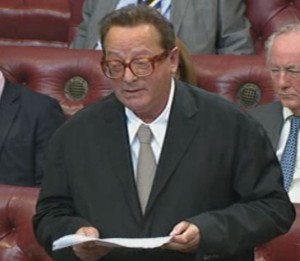 The Quackometer has been raising concerns for nearly two years that Lord Saatchi has been wanting to make a “Quack’s Charter” law in the UK.  The Bill’s aims were to remove a patient’s current rights to sue their doctor if they had been negligent. Instead, a doctor would have been required to perform some perfunctory box ticking that was supposed to show the doctor was taking due care. This change in law was supposed to remove the fear of litigation when a doctor ‘innovates’ by trying an unconventional or unproven treatment. No evidence was ever forthcoming that this fear stopped real innovation in medicine.

So concerned was I that this was a ‘Quack’s Charter‘ that I set up a campaign and website with other concerned lawyers, doctors, academics and journalists. The removal of the right to sue would be a carte blanche for mavericks, quacks, the irresponsible and the reckless.

Saatchi and associates are now proclaiming victory as the Access to Medical Treatments (Innovation) Bill receives Royal Assent and passes into law.

Dominic Nutt, Saatchi’s one-time ‘Director of Communications’ for the Bill’s lobbying and PR team, has tweeted,

#saatchibill is through. Just waiting for the Queen’s signature. We’re through. #SaatchiAct !!

Congratulation @chhcalling on the Access to Medical Innovation… Act. A triumph of will and skill.

A few weeks, ago Saatchi himself penned an article in the Daily Mail celebrating the inevitable passage of the Bill. He said,

At 10am that morning, a Private Member’s Bill I introduced passed the Committee stage in the House of Lords. It now seems set to receive Royal Assent and will become law. Its ultimate aim is to cure cancer, the disease which killed Josephine.

I spoke for just 30 seconds, the culmination of four years of Parliamentary work. It has been a long and arduous process. Testing. But that is as it should be. Democracy, like science, requires safeguards. Practicality must trump emotion when you wish to change the statute.

Anyone would be forgiven thinking that Saatchi has achieved a great victory in pushing through his Bill and those that have been campaigning against have been thoroughly defeated. However, it is quite possible to interpret these events in a very different way.

Lord Saatchi first presented his private member’s bill as the ‘Medical Innovation Bill’. A cure for cancer no less. However, the bill did not say anything about medical innovation. Its sole purpose was to make it possible for doctors to act in such a was as to make it impossible for a patient to sue for negligence if things went wrong. It was a carte blanche for quacks. But it was presented as all about medical innovation – as such it was a ‘Free Beer’ bill. Who could be against medical innovation? Casually hearing about the Bill would leave you unaware that it was actually about removing rights to protection against medical negligence. If it had been more accurately called the ‘Removal of Patient Legal Rights Bill’ it would never have got anywhere, one would hope.

But Saatchi and his team were adamant – that changing the law of medical negligence was vital if progress was to be made in finding new treatments for cancer.

It was difficult to find anyone who agreed with him.

Despite this, the Bill tended to get deferential and respectful treatment as is started trundling through the Lords. Ignorance of its actual contents were rife. The dissembling title appeared to be carrying it forward. However, enough parliamentarians, such as the Chair of the Health Select Committee Sarah Wollaston, became wise to its real nature and started to put up resistance. In the end, Saatchi’s Bill failed. It ran out of time after some blocking manoeuvers and so could not become law.

That was not the end of it. The Zombie Bill rose again and was reintroduced in the next parliament by Lord Saatchi. However, given its position in the order, it was unlikely to have received enough priority to get through. Another plan was needed. Step forward, Chris Heaton-Harris, MP for Daventry. He had won a ballot of MPs and was allowed to introduce his own Private Member’s Bill. He chose to introduce one called the Access to Medical Treatments (Innovation) Bill  which was substantially similar to Saatchi’s. There were now two bills going through parliament, and Heaton-Harris’s had a good chance of getting enough parliamentary time to become law. Saatchi quickly announced that the second Bill was based on his own and he would be proceeding with this one as fast as they could.

There were differences between the two Bills though. Although both Bills contained nearly identical clauses about the highly controversial removal of patients’ rights to sue, two more clauses were inserted to allow a ‘database of innovative treatments’ to be set up. This part of the Bill was essentially independent of the other clauses about medical negligence. Such a provision for a database clause had been touted by Saatchi in his original Bill. However, the original Bill never had such a provision. Talk was made about how Oxford University had agreed to set up such a database which would allow doctors to record the results of their ‘innovation’.

The idea was again wildly slammed. Sarah Wollaston called it the ‘Medical Anecdote Bill’. The idea of a database was a fig leaf designed to obscure the naked embarrassment of an Act that would deprive patients of protective legal rights. Despite much talk, Saatchi did not put forward the clauses that would even require the setting up and compulsory usage of such a database of anecdotes – for whatever good that was worth.

Anyway, Heaton-Harris did indeed include such provisions as a central part of the new Bill. But as David Hills wrote about the new bill,

Now, there are some serious issues to discuss around the creation of medical databases. Who will be allowed access to them? Will they be mandatory? Will a patient have to agree to their data being in the database in order to receive treatment? How anonymous will the data be? What is the purpose of the data being gathered and how will it be used? But we can bypass all of that for now, because the simple fact is that if the Health Secretary was in the mood to create a database, he could do so right now. No new law is required to confer this power, because the Health Secretary already has it.

Fortunately, as the Bill passed through the commons, enough MPs were now wise to the issues and after a series of concerns raised, Heaton-Harris agreed to remove the negligence clauses if he could not address the criticisms. He could not, and all the original Saatchi clauses were removed. All that was now left were the completely redundant clauses about giving powers to set up a database – powers the government already had. As such, the Saatchi Bill died then and there.

There are still concerns about the Bill and what any future database may look like, how much it will cost and how it will protect patients. But for now, there appears little threat that such a database will ever see the light of day. The medical profession do not want it or need it, If they did, they themselves would have set it up – there was never any need for an Act of Parliament to create a database. The Act does not provision money or mandate action. Fig leaves have no purpose other than serving as an inadequate cover-up.

So, no doubt, over the coming days we are likely to see more celebration from the Saatchi team over the passing over this legislative spandrel into law. Despite this being a Bill that is completely unrelated to the original aims of the Saatchi Bill we will see claims of victory. Like all good practitioners of PR and politics: never admit you were wrong, claim victory and move on.

And, as the law becomes law tomorrow, what has the Act achieved? What will be different tomorrow from today?

The whole process has been a complete waste of the proponents time, of parliamentary time and of the time of lawyers, doctors and academics who have been campaigning against its recklessness. It has raised false hopes amongst patient groups and set expectations for speedier access to treatments that will not materialise. The remaining clauses do not demand action on the Government or anyone else. If action is taken, the Act will not provide safeguards, privacy requirements or the definitions required to show how the data will be safely used.

In short, the Saatchi Bill has been an utter failure, a wasted opportunity, and will not advance treatments for cancer by one inch.

4 Comments on The Saatchi Bill: When Only the Fig Leaf Remains