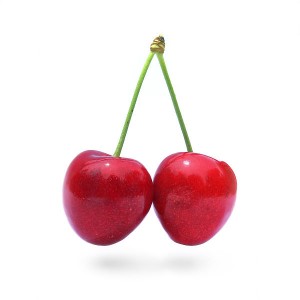 Lord Saatchi has been trying for a number of years now to introduce a law that would drive a coach and horses through well established medical negligence law. The effect of the law would be to seriously erode a patient’s right to sue a doctor if they were harmed through negligence. Under the Saatchi Law, a doctor who would currently be found acting without proper care would be free from fear of claims against them. Maverick doctors, quacks and profiteering doctors could recklessly practice without worry, treating their patients as guinea pigs, uncontrolled test subjects and sales opportunities for untested treatments. Drug companies could push unproven treatments to the dying without knowing about potential harmful effects. Quacks could exploit desperate patients with nonsense treatments.

Of course, such a Bill would not easily pass if presented as such. Lord Saatchi named it the ‘Medical Innovation Bill’ and presented it as a way to cure cancer. He claimed doctors did not innovate due to the fear of being sued without anyone being able to provide good evidence that this was true. A Medical Innovation Bill is a ‘Free Beer’ Bill. Who could possibly be against such a thing?.

And indeed resistance to this dangerous Bill was slow. Saatchi framed the Bill around the death of his wife from cancer. If only doctors could have been freed from the constraints of standard care, things might be different. Parliamentarians were quite rightly sympathetic to such obvious grief. But this held back the most pressing need to be unequivocally against a law that virtually no professional body, medical or legal, supported.

Nonetheless, opposition did form. I helped set up the Stop The Saatchi Bill campaign – and many people, far more able and connected that I am, were able to to organise around this group and present a strong front against the slick PR campaign that Saatchi instigated using the Telegraph as his ‘official media partner‘.

Despite support from the Department of Health and apparent support from Andy Burnham on the Labour benches, enough resistance was put up to ensure the last version of the Private Member’s Bill was kicked into touch during the collation government’s final parliament. The Bill was dead.

However, like a zombie hit with a spade, it might fall down, but it gets straight back up again. Saatchi promptly reintroduced his Bill into the Lords in the new parliament. His Bill though suffered from a lack of priority and as such now stands little success under the normal scheme of things. However, Saatchi is currently trying to get the Lords to agree to suspending the usual scrutiny of his Bill and rush it through in a day. In parallel, Conservative MP, Chris Heaton Harris is using his luck in being drawn high up the Private Member’s Bill lottery to introduce his own version of the Bill. Heaton-Harris has been quoted as saying that “The Medical Innovation Bill highlighted some of the important issues and obstacles to the adoption of innovation in the NHS” despite no-one being able to produce any reasonable evidence that this was true. He says,

[H]e would ensure there were plenty of “medical caveats” in the legislation to deal with any critics of the plans. The Saatchi Bill had been branded a “quacks’ charter” by campaigners.

He said: “The element that the House of lord was most concerned about was ‘quackology’ and that’s the element that I want to make sure my Bill will simply not allow that.

“What I want to do is to make sure that we have some of the best innovators within medicine.”

Heaton-Harris has now published his version of the Bill. There appears to be no fundamental difference between his Bill and Saatchi’s. Despite his acknowledgement that the Saatchi Bill was criticised as a ‘Quack’s Charter’, no attempt appears to have been made to address these serious concerns. This is a pattern we saw with Saatchi: reassuring words to say that critics were bing listened to, followed by cosmetic changes, and then claims the Bill was free from these problems anymore. It would appear there is absolute determination for the Bill to go through without addressing these issues.

Heaton-Harris’s Bill is called the “Access to Medical Treatments (Innovation) Bill”. Again, this is a ‘Free Beer’ Bill. Who could be against access to medical treatments? But again the Bill’s name is misdirection. Access to treatments is not discussed. The Bill has two elements: the first is about setting up some sort of database of cases where treatment ‘departed from the existing range of accepted medical treatments’ along with any outcomes; the second half is about the removal of patient’s rights to sue for negligence if a doctor follows out some sort of checklist tick boxing exercise.

Once again, there is a huge disconnect between the title of Bill, the stated aims of the Bill, the rhetoric around the Bill and the actual contents – which bear no resemblance to what is being said. Heaton Harris says,

I want to get everybody on the same page because this could make a small group of people’s end of life that much better, to give them hope. To develop a drug nowadays – there is a huge pipeline. If we can get some of those fantastic ideas to move forward that bit quicker through this process then. It is all about dignity at the end of life. Hopefully this extends people’s lives because some of these drugs are remarkable.

How removing a dying patient’s right to sue for negligence achieves this is never made clear. The database is a red herring. It will be a collection of anecdotes where causal relationships will be impossible to tease out.

It would now appear that Lord Saatchi is to ‘hand over’ his own version of the bill and get behind this newly branded version that is claimed is ‘inspired’ by the old version.

Detailed critiques of the Bill do exist. If you want to understand the true consequences of this dreadful proposal, the best resource so far is an academic paper by Professor José Miola of the University of Leicester School of Law. His conclusion is that,

The proposed legislation is deeply flawed though: its actual content is not as it has been presented, and its patient safety framework is both a significant downgrade on the current law and inadequate. Moreover it is internally inconsistent and cannot function, even on its own terms. For these reasons and more this paper argues that the MIB should not become law.

So, the Bill needs fighting again. Perhaps on new terms and new ground. This time, a vote in Parliament may take place and, as such, parliamentary opposition needs to be fully mobilised. There was little last time bar the brave stance of the Conservative Chair of the Commons Health Select Committee, Sarah Wollaston and Lib Dem, Julian Huppert. Labour’s Andy Burham’s response could be best described as pathetic. Hopefully, with Heidi Alexander now in the role, fresh eyes may muster fresh opposition. She is likely to be very busy right now though.

Over the coming weeks, I expect a full comparison and legal analysis will take place. Other things need to happen. All the bodies that expressed concerns about the Saatchi Bill, the charities, academic colleges, legal authorities and patient groups, need to make their continued opposition be heard very clearly and unequivocally.

It would also be very useful for Chris Heaton-Harris to explain why the Bill has not addressed the many concerns that have been brought to his attention. Why are there no significant changes fro the Saatchi’s version of the Bill? What on Earth is going on here?

I shall close with quoting Professor Miola’s conclusions about the Bill. All MPs and Lords should read it and ensure this misconceived legislation does not get through,

[T]he Bill’s proposed framework does nothing to help responsible doctors, while facilitating and indemnifying overconfident doctors and quacks. It makes no distinction between senior specialists (who we would want to encourage to innovate) and the most junior generalist (who we would wish to be supervised more closely). In other words, this is not just an unnecessary but benign Bill; it may be genuinely harmful to patients. This is all in order to solve a problem that does not exist. Even worse, the Bill in internally inconsistent, with its two pillars (removing the fear of litigation and protection for patients) being mutually exclusive. If the Bill were to pass, it may well even lead to an increase in litigation while the courts tried to navigate its way through the mess. Even then, the Bill would not address the real barriers to innovation, identified by the Association of Medical Research Charities as being issues such as regulatory complexity and funding.

It is worth remembering that the Bill does not allow doctors to do anything that they cannot currently do, does not provide any funding to facilitate access to and use of drugs that can currently be used, and promises a register that is practically and ethically dubious and is in any event, as mentioned above, ‘a chimera’.

Put bluntly, it is extraordinary that this Bill has made it as far as it has. It is essential that parliament rectifies its error at the very next possible opportunity.