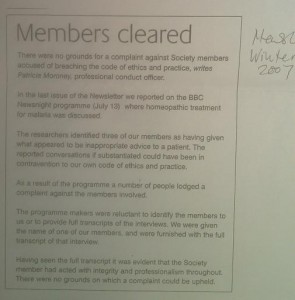 We would be the Sceptics answer to Jedward, if I had any Hair.