Hot on the heels of the new killer magazine What Doctors Don’t Tell You we are seeing an explosion of new titles trying to mimic its success.

Here is the original and a raft of copycat titles. 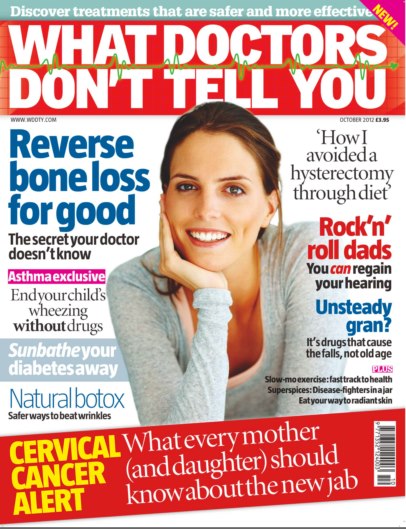 If the original has disturbed you, and the associated threats to sue Simon Singh for daring to suggest that this title was irresponsible, please see,

Quack rag distributor threatens to sue Singh: relevant links and what you can do