I am currently ‘On Tour’ talking about Steiner Schools and government policy. Hope to see you at one of these events. 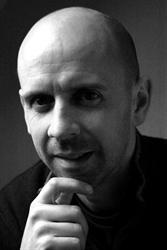 Educational Impostors: The Rise of Pseudoscience in UK Free Schools

Michael Gove has stated that Free Schools will not be allowed to teach pseudoscience. But can we trust some of the cult-like organisations running these schools to teach good science is and to refrain from letting their own alternative reality influence classrooms? Maharishi and Steiner schools both have occult and pseudoscientific beliefs at their core and so we should ask “What are they teaching children?

What Every Parent Needs to know about Steiner Schools

With Michael Gove and the coalition approving new Steiner Schools to open under the Free School Programme, it is timely to look closely at the origins and beliefs of Rudolf Steiner, the founder of the occult movement of Anthroposophy. Steiner was a mystic who believed he had direct clairvoyant access to cosmic knowledge. As such he developed an esoteric belief system based on karma, reincarnation, astrology, homeopathy and gnomes. His visions gave insights into architecture, art, dance, agriculture, medicine, education, science and diet. His racial hierarchy of spiritual developmental resonated in Germany in the early 20th Century turning a personal belief into a worldwide movement. Today we find hundreds of anthroposphically inspired organisations in the UK alone: everything from Steiner Schools, Biodynamic farms to banks, pharmaceutical and cosmetic companies, charities and cheese makers.

Andy Lewis has been trying to lift the veil on the inner secrets of the movement and will discuss how this secretive movement has direct impact on public life.

5 Comments on Talks And Events