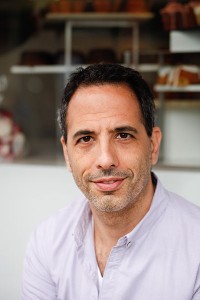 This blog has been a long term critic of the Society of Homeopaths, and other British Homeopathic organisations, who support their members who practice homeopathy in Africa on people with life threatening conditions such as malaria, HIV and TB. Indeed, the Society of Homeopaths threatened to sue me and my web hosts for pointing out that the Society did nothing to stop these dangerous practices, despite their Code of Ethics suggesting they should and despite the fact that treating people with homeopathic sugar pills could kill them if it interfered with real medical attention.

The subject has received its fair share of media attention too, with BBC Newsnight performing ‘secret camera’ investigations into UK homeopaths who give travellers sugar pills instead of malaria tablets when travelling to Africa. The BBC also found Neal’s Yard Remedies offering similar lethal advice.

The Independent, working with the Kenyan Standard newspaper and the Bureau of Investigative Journalism, found UK funded homeopathy groups telling people with HIV they will not need ARV drugs if they take homeopathy – an opinion that would kill if believed.

I was therefore amazed today to see Dutch Skeptic Pepijn van Erp tweeting to me today that London restaurant and deli chain Ottolenghi was ‘proud’ to be supporting the ‘charity’ Homeopathy for Health in Africa. Ottolenghi has made something of a name for itself for its original take on Middle Eastern and Mediterranean food and has a small chain of deli’s and restaurants in fashionable parts of London.

Homeopathy for Health in Africa is run by Jeremy Sherr – a man revered in homeopathy circles and with strong views about the potential for homeopathy. He is famous, among other things, for his homeopathic ‘proving’ of helium. He claims to run a “bbusy practices in London, Tel Aviv, and New York”.

The aim of his charity is to provide “free holistic treatment for people living with HIV/ AIDS in Tanzania”,

To relieve the suffering of HIV/AIDS patients using classical homoeopathy

To identify the homoeopathic remedies most successful in treating HIV/AIDS

To spread this knowledge throughout Tanzania and Africa

To prove to the world what homoeopathy can do

Sherr wants to show the world that homeopathy is the key to treating AIDS in Africa. He appears to already believe this. In his promotional videos for his clinic, he has local musicians telling people that “Homeopathy is the only medicine that God wants.” Sherr has been planning ethically appalling trials to test his ideas on local people with HIV.

One of the other members of the charity team is Noam Bar. He is a homeopath who works at the Ainsworths Homeopathic Pharmacy in London (you know, the people that provide homeopathic twiglets, tyrannosaurus rex and parrot droppings). On his practice website, he tends to be a tiny bit more circumspect than Sherr. He says that he has seen homeopathy in Africa treat people with HIV and that it may “help patients who have not reached the threshold of needing antiretroviral treatment”. He admits that homeopathy “CANNOT REPLACE ANTI-RETROVIRALS IF YOU NEED THEM”.

Personally, I tend to take what a homeopath says on their public web site with a pinch of salt. As we saw in the above BBC and newspaper investigations, what is said in public may not match what is said in private to a patient. Such are the actions of a pseudomedical cult. Indeed, we can see Bar writing for the Society of Homeopaths where he writes,

The patients in Botswana have no knowledge about homeopathy, and are very rarely interested in learning more. All they need to know is that the homeopaths have helped a neighbour or a relative and, personal recommendation being the way of life in Africa, they come full of confidence that they’ll be healed.

For the people visiting the clinic, we are doctors. A bit weird for doctors – no white coats, no nurses, the clinic is sometimes a bit of shade and a couple of plastic chairs, and the pills are small and few – but they seem to trust us more than the doctors in the hospital, who never seem to have time to listen.

These are words that ought to be horrific to anyone who understands homeopathic pills are just plain sugar and that people with deadly diseases are being treated.

The explanations for Ottolenghi’s support for this charity are not hard to see. Yotam Ottolenghi set up the business with Noam Bar and a few other friends. According to the New Yorker, Ottolenghi and Bar fell in love at Tel Aviv University and then moved to Amsterdam together where the their love of cooking took off.

So, it would appear that Ottolenghi’s support for this deeply misguided and dangerous charity is deep and unlikely to be open to persuasion that it is a bad idea. There would appear to be little reason to go to the trouble of explaining to them why telling people in Africa that they can treat serious diseases with magic sugar pills is a very irresponsible thing to do.

I may have to buy my hummus elsewhere and choose different books for birthday presents.

6 Comments on Ottolenghi and the Quack HIV Homeopaths in Africa