Prince Charles’ company, Duchy Originals, has today been told by the Advertising Standards Authority to stop making misleading and untruthful claims in its advertising and to not make claims for its detox products that it cannot substantiate.
Earlier in the year, Duchy Originals launched three new herbal tinctures. The launch was met with derision, and claims that the Prince’s company was misleading people into thinking that the products actually work. Edzard Ernst, Professor of complementary medicine at Exeter, said that the claims were based on "outright quackery”.
The adjudication by the ASA follows from a complaint I made regarding an email from Duchy Originals. That email advert claimed:

If you haven’t managed to escape the winter sniffles, look no further than our new Echina-Relief Tincture, which offers natural relief from cold and flu symptoms.
This week were celebrating the launch of our brand new Herbal Tinctures range. Our Echinacea, Hypericum and Detox Tinctures provide alternative and natural ways of treating common ailments such as colds, low moods and digestive discomfort.

From the time I received the email to the time it was in the hands of the ASA was probably less than 120 seconds (a record I hope) thanks to their online complaint submission form. Investigating the claim took a little longer but now we can see the results of that investigation. I had complained that the company would not be able to substantiate the claims that these tinctures were  effective.

Previously, Andrew Baker, the head of Duchy Originals, had said of the detox tincture, “It is not – and has never been described as – a medicine, remedy or cure for any disease”. It was my view that the email advert made explicit claims to be a “medicine, remedy or cure” by saying that it provided, with the other tinctures, “natural ways of treating common ailments such as colds, low moods and digestive discomfort.”

The ASA agreed with me that the advert was misleading and upheld one complaint against each of the three products mentioned. Specifically, the advert breached advertising codes on truthfulness, substantiation  and the advertising of health and beauty products and therapies, and medicines.

This is not the first time that Duchy Originals has been censured over its tincture range. As I reported earlier (Duchy Originals Pork Pies), the Medicines and Healthcare products Regulatory Agency (MHRA) had told Duchy Originals to stop making claims of efficacy for their products that cannot be substantiated after a complaint was made by the science group Voice of Young Science.  The Advertising Standards Authority have told me that the MHRA will also receive a copy of their adjudication. What can we expect  the MHRA to do given these blatant acts of disregard for medicines advertising?

Well, my guess is nothing. For the real villains here, in my opinion, are the MHRA themselves. In their response to the complaint, Duchy Originals stated that two of the three products, Echina-Relief and Hyper-lift tinctures, were licensed by the MHRA under the Traditional Herbal Medicines Directive. This directive allows license holders to make claims about their herbal remedies if the product has been ‘traditionally’ used. The rules are quite daft. In order to get a license, the applicant has to show that the product has been in use for 30 years in the EU, or 15 years in the EU and 15 years elsewhere. So, the product could have been ‘traditional’ in the same sense that ABBA is ‘traditional’ European music. There is no need to show there is any evidence for the product.

This is quite a shocking state of affairs. The MHRA have a mission to “safeguard the health of the public by ensuring that medicines and medical devices work, and are acceptably safe”. By taking on the Traditional Herbal Medicines Directive, the MHRA have undermined their reason for being because traditional use is no substitute for evidence when looking at what medicines work and are safe. In this regulatory regime we are subjugating evidence to the beliefs of any group of cranks (or fraudsters) who have stated that a herb can treat their illnesses.

So, could Duchy Originals have defended their claims with good evidence? The best place to look is to see what Cochrane reviews say about these herbs. The Echina-Relief tincture is probably best reviewed in a study entitled “Echinacea for preventing and treating the common cold”. The author’s conclusions are:

Echinacea preparations tested in clinical trials differ greatly. There is some evidence that preparations based on the aerial parts of E. purpurea might be effective for the early treatment of colds in adults but the results are not fully consistent. Beneficial effects of other Echinacea preparations, and Echinacea used for preventative purposes might exist but have not been shown in independently replicated, rigorous RCTs.

In other words, if there is a positive effect, it will be dependent on the specific preparation and product, and we have no great evidence that even this might be so. As far as I can see, no such evidence exists for the Duchy Originals product. Evidence for effectiveness is pretty slim and unconvincing.

How about the Hyper-lift tincture? The review on “St John’s wort for major depression” might give us some clues.  The review of evidence is quite positive, but there is a major complication. Cochrane reports that “trials from German-speaking countries reported findings more favourable to hypericum”. Is it plausible that German speakers get a greater benefit, or are we seeing a greater placebo effect in countries where the treatment is more popular? Whatever, we might conclude, Cochrane is cautious – “St. John’s wort products available on the market vary to a great extent. The results of this review apply only to the preparations tested in the studies included”. We cannot use these reviews as evidence that Prince Charles’ products work – even though his family is German.

Looking at the ‘non-medical’ tincture – the detox tincture – this is the most ridiculous of them all. It claims to be a “a food supplement to help eliminate toxins and aid digestion.”. However, the company is unable to name any toxin that is actually removed by this product and what the evidence for this is. It is pure pseudoscientific bullshit.

This inadequacy of evidence is important. The MHRA give themselves a get out clause for licensing these products that they have not used in these cases. They can refuse a license if the claims are not plausible. Given that the best evidence to date on these products is pretty cautious and specifically excludes products that are not explicitly tested, the plausibility that a company can just magic a product up and expect it to work is very low. It is not plausible that a pharmaceutical company could do this. It is not plausible that Prince Charles could either.

We have a situation where the government is now licensing medicinal products on the flimsiest of evidence. The idea that we can expect a product to work on the basis that someone in Europe in the past few decades have been gullible enough to buy the product is obviously daft. And I would suggest that the MHRA have obviously not been forceful enough on the requirements of their license. They state that the licensee must use very specific wording when making claims – that the product is a “traditional herbal medicine for use on [specific indications] exclusively based upon long standing [sic] use as a traditional remedy”. The stupidity of Duchy Originals is that they did not stick to this wording. The MHRA are supposedly convinced that the public can then interpret the wording as meaning that there is no real evidence for effectiveness. But we know that it is a common quack trick to suggest a treatment has ancient origins in order to sell their product. The MHRA have played right into quack hands.

And so when the MHRA give a license, we then are left with organisations like the impotent ASA to police it. I see little evidence of the MHRA taking a tough stance. I have one complaint against a blatant breach of rules that is now over a year without any action and despite requests for statuses on progress. The MHRA appear unconcerned about quackery claims. This also has to be looked at in the knowledge that we know that Prince Charles has written lots of letters to the MHRA and meetings have been held at Clarence house before these new directives came in. We are not allowed to know the contents of those letters.

The importance of this appears to need to be explicitly stated. We currently have a significant health risk in the form of swine flu. This risk may well not materialise quickly. Flu tends to strike in the winter months. The coming months may well see pockets of infection establishing across the world. Come the winter, we may then see this strain striking out in earnest, maybe even with some more deadly mutations. When our government explicitly licenses companies to make claims that their quack remedies can prevent or treat flu without evidence, they undermine their ability to issue meaningful, evidence-based and life-saving advice.

The MHRA, in taking on this role of licenser and legitimiser of quackery, undermines its ability to be an authority in this most important area. 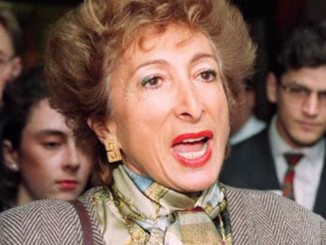 27 Comments on There Goes My Knighthood