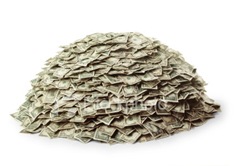 This is the figure that people spend on such things as homeopathy ($3B), yoga and qi gong ($4B) and non vitamin supplements ($15B). The report does not include purchases of vitamin and mineral supplements and estimates suggest this could triple this spend.

The NCCAM has spent nearly a billion pounds on researching CAM and has failed to demonstrate the efficacy of any complementary medicine. Yes, its all quackery and these Americans are wasting their money.

So, $34 billion is a big number. Let’s try to put that into perspective:

I am glad we have our priorities sorted out.

21 Comments on What would $34 billion of Quack money buy you?