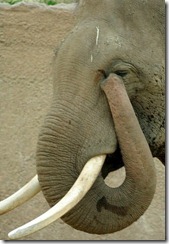 The Internet does not forget. This is, arguably, the single most important techno-sociological change that we, as individuals, corporations, celebrities and politicians, have had to learn over the past decade. And it is a lesson that appears not to have sunk in at all. Everything we do on the web, whether that be browsing, blogging, twittering or updating Facebook statuses, leaves a trail. And once that trail is set, there is no Internet equivalent of kicking leaves over it to hide what you have been saying and doing.

Before the Internet, we could deny what we said in many parts of our lives. We could rely on fallible memories; we could even bluster, lie and obfuscate. And no-one could call us out. I would be first to admit, this may not be a bad thing in all circumstances. A world that was quick to forget could also be naturally forgiving. Our mistakes of the past could be allowed to quietly fade. And often that is a necessary human thing. But now with so many of social, professional and corporate interactions being mediated by the internet, plausible deniability, and a faith in an ephemeral collective memory, is no longer an option when we say something that we may later regret.

As a blogger, I quickly realised that many of the people I write about quickly try to cover their tracks. They take down web pages, edit them and change their story in an attempt to minimise embarrassment and stop further criticism, or even legal actions. Remarkable examples include the McTimoney Chiropractic Association who tried to hide the web sites of their entire membership in order to avoid complaints regarding their unsubstantiated claims. And the Abha Light Foundation, who knowing that their use of homeopathic sugar pills to treat people with AIDS and malaria causes fury amongst people with a sense of ethics, communicate with their supporters through private emails – but made the mistake of using a mass marketing emailer organisation that  leaves a copy of each mail on the public Internet.

Part of my blogging routine, therefore, is to capture and preserve pages that I write about. I do this to ensure the integrity of my references, but also to prevent deniability, or even to protect myself should someone wish to “get legal”.

Occasionally, this habit pays off.

Last week, homeopath John Benneth has written a number of blog posts screaming in delight that he has caught me out as being a liar. THE BLACK LIAR and the lies he tells screams the headline.

The back story is that I wrote about how Benneth had been invited to Cambridge University at the request of Nobel laureate Brian Josephson. I argued that such an invitation was unwise, as it gave respectability to ideas that were completely unscientific and absurd and used in defense of dangerous quackery. Josephson is a supporter of many mystical beliefs, such as ESP and the paranormal, but I suggested that Benneth’s talk on the memory of water could have real consequences for people’s health, and as such, circumspection was required. It should also have been clear, after some brief Googling, that Benneth was a deeply unpleasant character with some quite offensive beliefs.

After the talk, Brian Josephson posted a defense of his reasons for allowing the talk and did appear to show some reservations about it. He said that,

Josephson went on to say that Benneth showed a “failure to understand particular scientific issues”, and that there were “clear deficiencies in the presentation”. Nonetheless, Josephson went on to defend the decision to host the talk as it led to ‘open-minded’ discussion between a few of his colleagues.

So, in Benneth’s blog, he rages against me. He says that,

Stooges for the pharmacetuical[sic] companies went to work on me. One in particular, an Englishman I think, is such a prevaricator he has even given himself a nickname in French. Le Canard Noir.

The teller of black lies.

His name is Andy Lewis.

Benneth claims that he has only recently got around to checking what Josephson said about his talk. And when he goes to Josephson’s web page about the talk, he cannot find any of the ‘damning’ quotes I use in my blog post. Benneth then concludes that I had invented it all,

It was so skillfully done that it sounded like something Josephson had indeed said in the past, such as the part of conferring with a colleague, and other things that were paraphrases of actual quotes, but twisted into maligning statements.

This, I think, is what Lewis prides himself on, the facility to create false statements.

Benneth, sensing a great victory against the “pharmaceutical funded” skeptics writes another post trumpeting his perceived goal against me. He now calls me a ‘disease’ in his post entitled, The Disease Only Homeopathy Can Cure.

It’s like pederasty. In homoepathy[sic] they think they’ve found an innocent child to molest. They thinkn they can bully it with threats & lies.

For completeness, I really have to quote him some more so you can get a full appraisal of his venom.

The name of this flat out fabricator is a sleezy little punk who slimed his way out of Soho, found a used lap top.

In a symptom of le canard noir, an article here about Florence Nightingale, that tracks back to a most unfortunate eponym for a recent collaboration against the innocent child, some anti-homeopathy blogger known for his fabrications says he don’t think homeopaths check out sources.

Poke into the past, it’s just another lie in a long string of lyings. Know it. This isn’t the first time and it won’t be the last time le canard noir got caught in a bold faced lie. He can’t help it. He‘s been sued for it more than once, and he always loses. Boo hoo. And as always, he get‘s booted off the old website, has to scrounge up a new one.

Homeopaths come in to gloat and add their own comments. The well known (in homeopathic circles) Dutch ‘agrohomeopath’ Vaikunthanath das Kaviraj comments,

He has been convicted as proven by others and is but a failed parking attendant[sic].

As for convicted, explain to us how Andy lost his job. Through a criminal conviction, which is in the records of the court. No wonder he cannot find any other employment than with the skeptics, who get funded by convicted criminals like GSK, Pfizer and other assorted crooks.

Where does Kaviraj gets this stuff from, who knows? Their fantasy world knows no limits. I must admit, the ‘failed parking attendant’ thing hurt. It is now dogma in the world of homeopathy that their critics are paid pharmaceutical company shills. It is not true and they do not have the slightest reasonable evidence to support this.

If John Benneth was a man of honour and integrity, he would now immediately publish a comprehensive apology.

But seriously, just quickly to put this to bed, I used the website Freezepage to capture Brian Josephson’s site as I wrote about it. Here is the captured original page. You can compare it with the page today. Quite simply, Josephson updated his page and removed the elements that were most critical of Benneth. Why Josephson has done this, I do not know. It is not important. But I am not a liar and Benneth fails to check his sources properly.

If John Benneth was a man of honour and integrity, he would now immediately publish on his site a comprehensive apology, take down the misleading and incorrect posts about me, ask his friend Kaviraj to apologise too, and to undertake not to repeat these claims.

I am not holding my breath.

Let’s be clear. Benneth’s barely coherent and foaming rantings are just not important. No seriously minded person visiting his site would believe anything being said there. Benneth is obviously a confused, angry and deluded individual. People have suggested that I could sue for libel. That would be ridiculous and place far too much prominence on what he says. (I also have very strong feelings about the current state of English libel laws that mean I would find such a move very difficult.) But, of course, I reserve the right to change my mind about that in the future.

But there are important points about this minor episode.

Firstly, it just re-emphasises again how wrong Brian Josephson was to have anything to do with this man. Enough said about that.

Secondly, it puts in the spotlight a mindless and aggressive significant faction of homeopaths who now feel the only way to respond to legitimate concerns about what they do is to violently attack. These are people who can only see conspiracies, lies and corruption. They are incapable of engaging in debate, considering the issues raised, and behaving in acceptable ways. They are locked in active ignorance and united in their error.  Even Brian Josephson, in defense of his talk, resorted to claiming the criticism of this talk was down to a conspiracy: “someone did not want the lecture to take place and organised a campaign against it”. The conspiratorial thinking amongst homeopaths even extends into the medical homeopaths who are desperately defending their use of these sugar pills within the NHS. There must be many ordinary homeopaths (I hope) who despair at their leadership who constantly rail against the evils of medicine (such as Steve Scrutton of the Alliance of Registered Homeopaths) or the director of the Society of Homeopaths, William Alderson, who spends their money placing misleading and disparaging adverts in mainstream magazines.

Whilst the mainstream leadership of the homeopathy trade align themselves with the likes of Benneth, we can be sure that their trade will be consigned to oblivion.

And thirdly, and importantly, we should be reminded of the nature of the medium of the Internet. As bloggers, we should take the extra two minutes to ensure our sources as secured in a way that will not allow deniability and for people to make false allegations against you. And in general, we always hesitate before pressing Enter to remember that what we write on blogs, twitter or comments sections is always going to remain cached somewhere, copied and saved – often without human intervention.

And if we are caught out? There is no hope in relying on the delete button. Our integrity in this age does not depend on hiding our mistakes, but by coming clean. If we make a mistake on our blogs, as is inevitable, the best practice is of course to admit the error, correct, and make that transparent. On the web, the greater sin is not making an error, but to be caught trying to cover your tracks.

46 Comments on I Have Been Putting on my Shoes