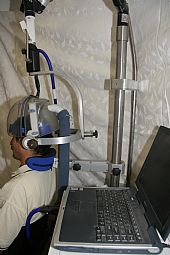 Two classics from the Daily Mail today. An example of two types of quack story perpetuated by the media. Firstly, a good old scare story. Secondly, an unquestioning promotion of a quack remedy after a press release has been issued.

But first, the paper reports that Orange have removed a mobile phone mast from a tower block in Staple Hill, Bristol, after pressure has been put on by local residents. Apparently, over ten years seven people in the block have had cancer. Three have died. The block is now called the ‘Tower of Doom’. It just has to be the mast. The rate of cancer is 10 times the average, whatever that means.

It is of course impossible that the cause has anything to do with the fact that, by the look of things, the tower is occupied by a fairly elderly and not too wealthy population. The tower block could also just be unlucky. The elderly residents also complain of headaches and ‘other ailments’. Most unusual for old folk. Out with the pitchforks! Burn the mobile masts now!

What ever happened to the ‘mustn’t grumble’ mentality that we expect of good old British grannies and granddads?

Next up, Israeli firm Brainsway are promoting their new magnetic hair dryer that can cure depression.

The patient sits with the machine attached to their head for up to 20 minutes as magnetic pulses are fired through the skull.

These pulses stimulate parts of the brain thought to be dormant in those affected by depression. The treatment is based on a technique called transcranial magnetic stimulation, or TMS, which has been investigated as a drug-free alternative in mental illness for the past ten years.

What is a pity is that the journalist Pat Hagan failed to spend five minutes on the web investigating just what the result of that ten years of investigation has shown.
This is what the Cochrane Library says,

The information in this review suggests that there is no strong evidence for benefit from using transcranial magnetic stimulation to treat depression, although the small sample sizes do not exclude the possibility of benefit.

Brainsway do not look as if they are doing anything to fill that research gap any time soon with their own research on a small number of patients without controls or peer review or publication. The story appears to be just a way of knocking the government again as NICE have also decided that there is not enough evidence to pay for this treatment. Nasty government quango.