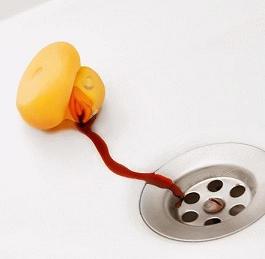 Prince Charles’ Foundation for Integrated Health and its new regulatory quango, the Natural Healthcare Council (or Ofquack, as it is bound to become known), is due to launch in April. Ofquack is designed to be an ‘independent self-regulatory body for complementary therapists.

In 2000, the House of Lords Science and Technology Select Committee looked into the regulation of non-medically trained health workers. It asked the Prince of Wales Foundation to look into setting up a body to mop up all the ‘harmless’ CAM therapies, such as reiki, massage, aromatherapy, yoga and homeopathy. Alternative therapies that have the potential to have real effects on people such as osteopathy, herbalism and acupuncture have already been statutorily regulated or are soon set to be. Ofquack, The Natural Healthcare Council, will not be a statutory body; it will be voluntary (for now) and will involve representatives from each ‘discipline’ and lay people to help self-regulate.

The idea behind setting up this new body is to attempt to provide protection to the public from exploitative or dangerous practices. The Quackometer believes the structure of the body will mean that it will be impotent to carry out this role. For this reason, I am disappointed that Ofquack is being set up in its present from and I would hope Prince Charles team, headed by Professor Dame Joan Higgins, would stop and think again.

However, I need not worry. As is becoming increasingly clear, large swathes of the alternative medicine industry want nothing to do with this initiative. This was totally predictable and the consequences are going to be hilarious.

Let’s start with the Homeopaths. The Society of Homeopaths has issued the following press release following yesterday’s report on Ofquack in The Times,

Registered members of The Society of Homeopaths (identifiable by the designation ‘RSHom’) have a recognised professional qualification, comprehensive insurance and have agreed to abide by a strict Code of Ethics & Practice.

The Society of Homeopaths has yet to assess the suitability and standards of the Natural Healthcare Council for the purpose of providing regulation of homeopaths.

Now, as with all press releases from SoH, you have to take great care in interpreting what they are saying. Let me do that delicate task for you and sum up their thoughts…

The Alliance of Registered Homeopaths has been a little more straight talking over Ofquack. Karin Mont of ARH, wrote in their in house rag, Homeopathy in Practice:

Federal Voluntary Self Regulation [Ofquack] is a recently introduced concept that is intended to bring a diverse group of complementary therapies under one central control. The homeopathy profession has been unanimous in rejecting federalisation as an option for regulation.

It’s not just the homeopaths that are hostile to Prince Charles’ new quackery club. The Reiki practitioners (wave their hands around to ‘channel healing energy’) set up their own regulatory committee to ‘respond’ to the development of Ofquack.

On their web site they now note,

Following a meeting in November 07, The RRWG has now formally withdrawn from the Federal Working Group set up by the Princes Trust for Integrated Health. The Group is considering its options and the way forward in January 2008.

Further explanation is given in a letter from Anthony Perry, Chair of the Reiki Regulatory Working Group. He explains that no-touch Reiki practitioners are looking for ‘light touch’ regulation. Central to this is the desire that,

We believe the Regulator should have an overriding duty to regulate the practitioners, but not the practices or therapies themselves, e.g. such as the teaching of Reiki in its many diverse forms.

So, in short: you may keep a list of our members, but don’t dare tell us how to wave our hands around and who we can wave them over.

The aromatherapists are not quite so well organised. They too have set up a regulatory body, but it looks still-born. Their web site http://www.aromatherapy-regulation.org.uk/ appears to be down. For some insight, we must look at the few aromatherapy bloggers around.

Tony Burfield on the aromaconnection blog writes that the ‘sky fell in’ with the announcement of the set up of Ofquack. He thinks it will be an “an unmitigated disaster for CAM”. Tony then goes into a lot of conspiracy theories, describing Sense about Science as ‘sinister’. He clearly believes there is some sort of corporate conspiracy to control aromatherapists. Tony smells a rat.

But tellingly, he says,

Within aromatherapy, the low educational entry requirements & abysmal course standards set in UK colleges are a national joke, so setting minimum standards for practitioners will presumably be a great source of material for satirical magazines such as Private Eye. The profession is starved of finance, so no substantial evidence-based aromatherapy data-base exists as such – anything that does exist is likely to consist of published (so-called) aromatherapy studies by non-practising academics, rather than tapping the massive collective experience of everyday practitioners

One would have thought that aromatherapists could have done with all the friends they needed, but it looks like one more case of,

Tony concludes with a prayer:

Please pray with us that Prof. Edvard[sic] Ernst is not promoted to a position of adviser or authority within the National Healthcare Council. Ernst is a Corporate Science sympathiser who is working undercover as Director of Complementary Medicine at Exeter University, & whose sole purpose seems to be to rip the soul out of CAM, armed only with a Corporate Science device called “the meta-analysis”. Ernst’s stature & reputation is such that it has even over-awed normally sensible Herbalgram staff who worship & reproduce his every utterance, & who apparently haven’t noticed that now HE’S WORKING FOR THE OPPOSITION. Wake up!

I think we can see a full picture now amongst the various proposed members of Ofquack. There is deep suspicion that they will not be allowed to practice the way they wish to practice. Homeopaths do not even trust each other to regulate themselves with at least ten different registering factions looking after the interests of different beliefs. And worse, heaven forbid that a scientist like Ernst should get involved and apply some reason and evidence to their regulation. (Fortunately for Tony, I doubt Ernst will get invited to this little party. Charley and Edzard are not the closest of friends.)

We also see fear of conspiracies. Ofquack will receive government funding and this lays it open to charges of being controlled by the enemies of quackery. Users and practitioners of alternative medicine have a strong anti-establishment streak about them. Asking them to trust in Ofquack will be like asking wildebeest to use crocodile endorsed river crossings.

But the biggest problems lie in the arrogance and independence of each faction. The homeopaths are the worst. They see themselves as a ‘complete system of medicine’ and holders of the true keys to healing. Other healing practices are wrong or corrupt. To lump homeopaths in with the smell sniffers, the crystal danglers, the foot ticklers and the bendy yoga lovers would be a deep humiliation for them and a completely unacceptable loss of autonomy and status.

Over their dead bodies.

9 Comments on Prince Charles’ Ofquack is a Dead Duck