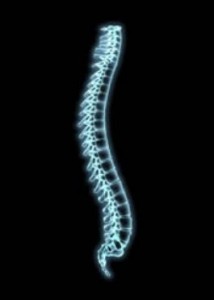 Corporate HR departments are obviously keen to promote the health of their employees as this will help productivity, reduce sick days and is  seen as a perk by the employees. This is often done by such means as subsidised gym membership, cycle-to-work schemes and private health insurance benefits.  However, the more murky side of this laudable aim is the introduction of so-called ‘wellness consultants’ who will peddle various forms of dubious advice around nutrition and lifestyle. These consultancy outfits are often based around discredited notions of Nutritional Therapy and other forms of pseudoscientific health beliefs that tend to make money.

One of the more worrying aspects of this trend though is the introduction of chiropractors into the workplace who offer workplace advice and ‘free’ spinal assessments or screenings for employees (Examples: here and here). There is no credible evidence whatsoever that such visits can improve employee health and productivity and indeed good reason to believe that such visits will expose employees to both financial and health risks.

Chiropractic is not a branch of medicine and practitioners are not doctors, although they may misleadingly call themselves by that title. It is strictly an alternative health belief system based in mystical origins and pseudoscientific concepts of biology and medicine. Chiropractic philosophy was invented by Canadian, Daniel David Palmer, in the late 19th Century. Palmer was a mystic and magnetic healer who claimed the secrets of chiropractic were given to him clairvoyantly from a dead doctor. These secrets were that pretty much all health problems and diseases can be explained by blockages of the nerves in the spine called ‘subluxations’. This stopped the flow of a vitalistic and mystical energy he called ‘innate intelligence’. By manipulating the spine through sharp thrusts these blockages could be released restoring health to the body. Palmer saw chiropractic as religious in its nature.

Modern chiropractic has spread worldwide and is often thought of erroneously as a branch of medicine that deals with bad backs. Chiropractors now have brass plates outside of their treatment rooms, certificates on walls, wear white coats, carry degrees from so-called universities and claim their training is on a par with medics. But chiropractors still cling to the discredited treatments and beliefs from its founding. Some try to wrap their treatments in more scientific sounding language. Others still talk of subluxations and the more mystical aspects of their philosophy.

Chiropractic treatment consists primarily of what they call ‘spinal adjustment’. The idea that rapid thrust to the body, often accompanied by an audible click, can reposition or adjust bones in the spine and release problems. There is no good evidence that chiropractors actually do adjust the spine and indeed good reasons to hope that they do not since this would be exceptionally dangerous. Some clients of chiropractors may feel a sense of euphoria or release after such treatments but this is temporary.

Despite over a hundred years of practice, chiropractors have been unable to produce robust and conclusive scientific evidence that their treatments are effective for any condition. There is some evidence that it can help lower back pain, but it is not universally accepted as reliable. As such, NICE, the UK body responsible for assessing treatments has stopped recommending chiropractic referrals on the NHS. Chiropractors make claims for all sort of illnesses. Most notoriously, UK chiropractors almost bankrupted the trade a few years ago when they decided to sue science writer, Simon Singh, for libel after he criticised in a newspaper their claims that chiropractic could treat childhood ailments like colic and asthma. Given the implausible mechanism of action and the lack of good clinical evidence, chiropractic is best thought of as a theatrical placebo treatment much like other alternative medicines such as acupuncture and homeopathy.

Chiropractors may see themselves as alternatives to doctors and indeed primary care providers. It would be a bad mistake to treat them as such since they are not qualified to take on that role. There is a common and insidious thread running through many chiropractors that is anti-vaccination and they hold views that are contrary to other evidence-based public health measures. Although their treatments may not do any good there are also risks. Many chiropractors expose their patients to unnecessary and potentially illegal x-rays. Some use dubious computerised scanning devices to  give the impression that there are problems that need fixing. Most of the complications and side-effects associated with chiropractic are minor but with a significant number of people experiencing pain and discomfort after treatment. For a few, the side effects are catastrophic and result in  death as has been widely reported in the press recently after the death of a US model after she went to a chiropractor for neck pains.

So what does this mean for workplace assessments?

Chiropractors do not get funding through the NHS. They have to advertise for their own local business. Much of what they are taught at chiropractic school is about business building – how to get regular customers, and their families, paying regular fees for spinal adjustments. These techniques involve setting up stalls in shopping centres, offering free ‘assessments’ and, of course, offering ‘wellness’ programmes to businesses to help their employees.

These programmes use a bait-and-switch approach. They will be marketed as providing ‘spinal health’ advice. They will offer seminars on workplace ergonomics and posture. They might offer wider nutrition and diet advice. But the goal is to provide spinal checks that will inevitably reveal the existance of ‘subluxations’ that require regular and expensive chiropractic ‘adjustments’. Thus, such visits are a sales technique to get people into their practices where they can persuade people to embark on expensive, useless and potentially dangerous courses of chiropractic treatment.

Of course, people will claim that they have had great experiences at chiropractors and that some condition, such as a bad back, has been cleared up ‘in a few sessions’ with a chiropractor. However, the scientific evidence is weak and that it is likely that any improvement has not been as a result of treatment. Bad backs do get better on their own – from weeks to months. Chiropractors are experts at taking the credit for the natural improvement people experience. And, if the bad back returns, then people will return to the chiropractor until that cycle of pain improves. Chiropractors just follow the natural cycles of such conditions, take the money and claiming improvements were the result of their efforts.

The critical question to ask a chiropractor is what evidence they have that their workplace programme can achieve the goals they claim, such as improved productivity and reduced absenteeism? What independent, published and peer-reviewed work is there for such workplace activities? There will be no robust evidence provided. As such, chiropractors should have no role in the workplace. Rather than improving the workplace and the health of employees, they represent a risk to employees. They may be persuaded to take place in lengthy a frequent visits to a chiropractor (maybe even in work time), it will cost a lot of money, provide no meaningful benefit and subject the to unnecessary risks. Keep the chiropractor out of the workplace. If you want to offer posture advice, then consult an evidence-based physiotherapist.