Following on from my last post about whether the people that run quack web sites are deeply deluded or just plain old frauds, I had to share this gem with you. For all aficionados of quackery, this is truly a collectors item to be savoured. Thanks to whoever entered the healingbroom.com web site into the quackometer. It is a treat and scores a perfect 10 canards.

The healing broom looks like a metallic cat o’ nine tails with which to whip yourself. Apparently, you should not use it if you bleed easily. However, the claim is that this 21st century self-flagellation device will stimulate qi, your meridians and cause your cells to vibrate. It breaks up toxic accumulations and will stimulate your bone marrow, depending on how hard you flail yourself, no doubt. If you survive this self-imposed scourging, the healing whip also comes with a separate sharp metal stick thing that you poke yourself with. The stick is magnetic, thankfully, and so the magno-acupressure produced will dull the pain from your whipping, I guess.

What can healing broom treatment do for you? Well, it can ‘return your cells to their normal position’. So, if you notice huge groups of cells in places they should not be, say, several feet to the left, then whip them back into position with the broom. Oh, and slapping is good exercise too.

Naturally, no evidence is given for any of these claims – bar the usual testimonials. The site looks like they have swallowed the woo dictionary. It appears to cover the whole gamut of quack words – hence the high Canard score.

Fortunately, safety is obviously at the top of the company’s concerns. Apparently, you must not use the flail on your body between 11am and 1pm, or on a full stomach, although a reason is not given for this advice. More sensibly, you should not share your implements with someone else. I guess there is large chance of transmission of bodily fluids which could be a source of blood-borne disease. Light coloured clothing should be avoided. I guess blood stains easily.

There is a small bit of me that delights in the fact that people who fall for this scam will administer their own punishment, albeit a sort of punishment that was last seen during the height of British naval power and the Napoleonic wars. As for the sellers? Flogging is too good for them.

Hey, healingbroom.com! Do you believe any of this horse shit? 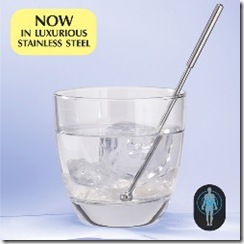 75 Comments on Go on, you deserve it. Slap yourself with a Healing Broom