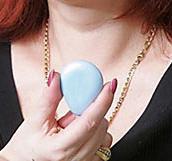 Just when I thought the Daily Mail was reducing the number of stupid health stories that it was publishing, it comes up with a classic. Once again, the Daily Mail has been duped into advertising quack products.

The story entitled, “Tiny magnet that soothes the misery of menopause” is a full on bit of brainless reporting of a marketing press release issued by a company that makes questionable magnet healing products.

Magnopulse has been recently criticised by the Office of Fair Trading for making baseless claims for its magnet products. It is obviously finding its routes to market a little more difficult now, but who cares if the Daily Mail will uncritically publish stories about you, complete with sales telephone numbers and web addresses.

The article reports how our old friend Nyjon Eccles, a ‘Harley Street physician’ conducted the ‘study’ by asking 508 women to stick one of the company’s magnets down their pants and then asked them how they felt about it. Avoiding the obvious jokes, the study is obviously flawed, being unpublished, un-peer-reviewed, uncontrolled and basically designed to give a positive result to Magnepulse.

The menopause is a self-limiting condition. It doesn’t last forever. The women in the test looked like they were self-selecting and they probably responded to an advert for the help of the company when their symptoms were particularly bad. You wouldn’t do this sort of thing when you are OK. Over the months of the test, it is unlikely that symptoms would get dramatically worse since they were already bad. By far the most likely outcome is that you will feel some improvement – whether the magnet works or not. This is called ‘regression to the mean’ and is a common way that people can be tricked into thinking that quackery works – you seek help at the height of your discomfort. That is why you need to control this sort of test with some sort of placebo and without such a control the results are meaningless and misleading. This is basic stuff and any Harley Street physician ought to know this

The journalist who wrote the article is not named, but here is a quick checklist for future journalistic adventures of this sort, if they want to refrain from being a simple quack’s shill:

On the other hand, the journalist could be a knowing shill.