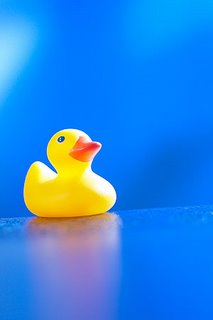 Just a day after I write about Dr James Colthurst and the Fenzian device (see Turning A Pint of Tea Leaves into Pure Gold), The Telegraph publishes a business story about how Dr Colthurst plans to raise a pot of gold in pre-IPO cash to help develop the company.

Dr Colthurst’s company, Eumedic, has developed a new treatment called Fenzian that uses painless electrical impulses to encourage the body to heal itself.

Following a successful pilot study on the use of this treatment to alleviate the symptoms of asthma sufferers, Dr Colthurst is seeking around £20m in pre-IPO funding before a possible flotation 18 months to two years down the line.

Now that is a lot of money. My previous analysis suggested that there was scant evidence to suggest that the Fenzian device did anything at all and that it appeared to be very similar to a whole range of suspect devices that have been characterised as pure quackery.

So, should Quackometer Venture Capital be investing in this product? Let’s go into the Dragon’s Den.

So what is innovative about this device that claims to cure asthma and a whole host of other things? As I noted on my last post, it looks rather similar to the SCENAR – a dubious device that claims similar things – invented by Secret Russian Cosmonauts and encourages the body to ‘heal itself’. Dr Colthurst has previously dabbled with this device.

The Fenzian claims to be different by using ‘short wavelength AC’ rather than direct current’. Is this the key breakthrough? Now, if the Fenzian works, that would be a real innovation in this market. A government public insurance body in New Zealand looked into the Fenzian and concluded,

There is currently a lack of evidence with which to assess the effectiveness of Fenzian treatment. ACC should await the findings of the ongoing trials, particularly those involving sports injuries, and carefully assess the methodologies used.

The review looked at the same paper we examined in my last Fenzian post (Colthurst J, Giddings P (2007). ) and came to similar conclusions,

The findings of the case note review are described as “highly encouraging”, but they do not in themselves constitute strong evidence for the effectiveness of Fenzian treatment; the treatment outcomes were not clearly defined, there was insufficient information about the patients and their complaints to make judgements about generalisability, and the authors were both involved with Eumedic Ltd.

The review does note some trials in progress. And the Telegraph reports that there has been a successful pilot study of asthma sufferers. Except I cannot find any reference to it. I doubt it has been published yet. I have written to the lead researcher, a Dr Cooper who studied medicine at the same place as Dr Colthurst, St Thomas’s London, to ask where I may find the results. I have not had a reply so far.

Until this, or any other study is published, Quackometer Venture Capital will not be investing as I can see no other market differentiation for this product. But even if something is published, the trial is only a pilot study which is unlikely to give any sort of definitive answer. Indeed, pilot studies are, by their very nature, weak in statistical power and are more prone to bias. As the New Zealand researchers say, I will have to carefully assess the methodologies used in any trial.

So, is there a market for this device, even if it does work? Time for some back-of-the-envelope calculations. A pre-IPO investment of £20m puts a very high valuation on the company. Assuming Dr Colthurst wants to retain any control, this puts a current post-investment value of over double this amount. As this is pre-IPO investment, I am wanting to see my money double or more in a couple of years. For such a risky venture, I do not want building society rates of returns. Most investments like this do not get a return. When they do, they have to be big. So, My guess is that this puts a target IPO valuation at over £80m. That is a big sale.

Could it be worth it? Again, any potential share holder in the post-IPO company is going to want to see rates of return towards to top end of 10-20%. Let’s be pessimistic and we see a 10% profit in the first year – that means we need to see £8m generated in cash.

How many units do we have to sell to achieve this sort of profit? The SCENAR device retails for about $5,000. What is the margin on such products? Difficult. Training is thrown in which may be expensive. The cost of sale is going to be higher than retail sales as devices are mainly sold to ‘professionals’. Let’s use a typical figure of 50%. That means we have to sell about 6400 units to make our target profit.

As we are in a competitive market and say we go for a market share of 20% – which may be hard given the established brands – that means we have to have a global market of 32000 units per year. Can there be enough chiropractors and sports therapists willing to dish out the dosh?

The product, so far, has no uniqueness in the marketplace, the evidence for efficacy is very poor, it relies on implausible modes of operation, and we are going to have to shift a huge number of units year on year.

For those reasons, I am out.

So, what has this story been about? The promise of a London IPO does not look good. The amount of money just looks daunting given the nature of the product. In my opinion, we are seeing something else here: a way of getting column inches about a product in a national newspaper. It is marketing. And effective marketing. As always, uncritical pieces in the newspapers give the alternative medicine crowd free advertising.

4 Comments on Floating Fenzian in the Dragons’ Den