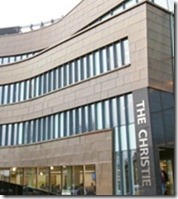 The Cancer Act 1939 tends to appear fairly frequently on this blog. The reason is that this piece of legislation looms so large is because it is one of the few acts that actually places a specific restriction on what quacks can and cannot do through a criminal sanction.

Under English law, there is a common law right to treat people as long as there is informed consent. Thus, the whacky world of quackery can trade without too much fear (although I doubt informed consent is ever meaningfully achieved.)

However, the Cancer Act makes it a criminal act to to advertise to treat cancer.

There is an assumption though that the Cancer Act is aimed at quacks. This is not true. It makes no assumptions about the nature of the treatment. All adverts to treat cancer are equal before the law.

And so, the Act simply made it an offense to advertise to treat cancer- with a few defences such as advertising to doctors and not to the public.

Some have argued that this act is now out of date. But it still serves a useful purpose in that cancer is still a feared disease and we have only made fairly humble progress in treating it. A blanket ban ensures that all treatment options are mediated by general practitioners and oncologists by referral and not by strength of advertising budget. Given the huge emotional pressures to ‘do something’ this would look like a good, pragmatic solution to protect people from the unscrupulous, greedy or deluded.

We have seen that the act can actually have an effect. It has scared off Dr Burzynksi from coming to the UK promoting his dubious treatments. It prompted an MP to intervene when Dr Simoncini was due to come to the UK to promote his baking soda cure for cancer.

But what about conventional clinics? Well, it would appear that many private clinics advertise their cancer treatment centres on websites. Are they aware of the act? Do they have exemptions?

I wrote to them to ask under what exemption they felt they could advertise their services. This is their reply,

Thank you for your email dated 8 May 2012 enquiring as to the status of the Christie Clinic website under the Cancer Act 1939 (“the Act”).

HCA International are of course aware of the Cancer Act 1939 and, in particular, are mindful of the prohibition contained in section 4 of the Act against the publication of any advertisement containing an offer to treat a person for cancer, to prescribe any remedy for cancer or to give any advice in connection with the treatment for cancer. We appreciate that the purpose of the Act is primarily to address advertising by unregistered, unregulated and potentially unscrupulous individuals who may lay claim to ‘cures’ for cancer, or its prevention, but with untested products. Clearly that is a very long way away indeed, from the cancers services offered by HCA and our partner organisations.

We consider that The Christie Clinic’s website merely states the existence of a joint partnership to deliver a specialist cancer clinic for private patients and provide information regarding the services available at The Christie Clinic. The information available on the website is not considered by us to strictly fall within section 4 of the Cancer Act 1939 as no specific treatments are promoted on the website, rather the clinic decides the appropriate treatment for each patient on an individual basis following in depth clinical considerations and in accordance with appropriate guidance and regulations.

You will be aware from published guidance and reported prosecutions, that Trading Standards envisage enforcement of the Act to be targeted at misrepresentative claims that products can cure or prevent cancer. This is clearly the polar opposite of advertising the availability of approved and regulated services. On this basis we consider that the publication of the website is outside of the scope of the prohibition in the Act as the services advertised as being available at The Christie Clinic are fully regulated and relate to a joint venture with an NHS organisation and bear no comparison with the ‘control’ intended by the Act.

We will of course follow any advice from the Department of Health or Trading Standards to ensure our publications remain fully within the law.

I hope this information addresses any concerns you may have had regarding The Christie Clinic website.

I do not find this response convincing.

It appears to be saying, that, yes, adverting cancer treatments is illegal, but we are the good guys.

This attitude appears to be no different to what many cancer quacks would claim.

Even of the Christie Clinic’s services were fully evidence based, it strikes me that a good case could be made that all referrals should still be intermediated. Direct advertising risks putting pressure on people under the most severe pressure. The commercial imperative of such an organisation does not mix well with the need to make cool, considered and informed decisions. And as such, the Act’s protection strikes me as well balanced.

Enforcement is a different matter, Local Trading Standards are very poor at protecting people from misapplied health claims – they are not trained up and appear not to see consumer protection in health matters as a priority. There have been a few recent prosecutions under the Cancer Act, and in Manchester, but I suspect that the local councils would not take on such a huge and wealthy organisations.

The Advertising Standards Authority may see this as interesting. But again, they are largely toothless and may regard this as a local enforcement issue.

The existence of such advertising allows quacks to claim a double standard. And I suspect they are right. Health care choices need to be made cautiously and with the best available information and evidence. Advertising, no matter how well intentioned, may distort that process, and in life or death decisions, that is a concern that needs attention.

46 Comments on Are Private Cancer Hospitals Breaking the Law?