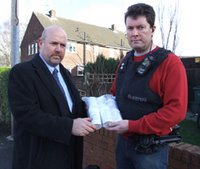 The Empire of Homeopaths Strike Back