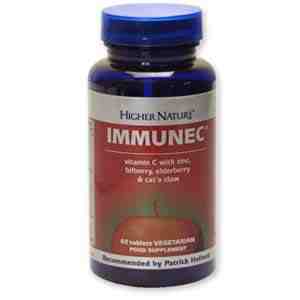 Poor Patrick Holford. Doing business has its ups and downs and, alternative nutritionist and pill salesman Patrick, has his own fair share of business successes and failures at the moment. He has recently sold himself to NeutraHealth for £464,000. Quite an achievement; maybe not so poor Patrick. But he is also increasing coming under more and more criticism for his ideas on nutrition. A Google search of ‘Patrick Holford’ shows many critical web sites in the top ten search results, and more encroaching on that all important first page of results. Whereas once Patrick might have been quite proud of having the epithet ‘controversial’ pinned to his name, meaning that he is at the forefront of unorthodox new ideas, it now takes on much more appropriate and negative associations.

In the online business world, your Google profile is a reflection on the value of your brand. It has monetary value. And when big business wants to pay lots of money for the Patrick Holford brand, prominent criticism is not good news.

And now, the Advertising Standards Authority site will undoubtedly be joining the Google list of critical web sites. This morning, the ASA have issued a judgement on a complaint about an advertising mail that Patrick sent out to his potential fans. They have ruled that Patrick was untruthful and was making unsubstantiated claims about the law and making statments about the ability for nutrients to cure specific conditions and for saying that a balanced diet does not provide the vitamins and minerals you require.

But what is fascinating here is that the ASA appear to have decided that Patrick was not in the business of selling supplements, but only marketing publications. That is a somewhat strange pronouncement. As part of the deal with NeutraHealth he was made Head of Science and Education for the pill pushing company. He is on a huge deferred consideration from the sale of his nutrition company and the sale of lots supplements will undoubtedly be part of the way Holford will receive that money. His face appears on many bottles of supplements; he formulates his own multi-vitamin supplement concoctions and endorses various brands. How does the ASA manage to make such a statement?

The skill with which many people in the alternative medicine scene manage to side step the law and regulations surrounding medicinal claims, has always amazed me. With Patrick, the answer has been quite simple: separate your medical claims from your sales channels; do not make any specific claims on web sites selling your pills and potions. Instead, build your brand around your name through various media channels and get your messages out that way. Patrick has been a master at this and why he has been able to sell himself for so much. He has published many best selling books, he maintains websites that pump out his messages, he pushes to appear on television as much as possible and even, like many businesses, sets up and gets involved with charities that help boost the brand. Most spectacularly, Patrick has set up his own training school, the Institute of Optimum Nutrition, where he has with his successors, been feeding new recruits the Patrick Holford message for several decades. Whilst amazingly being academically endorsed by the University of Bedfordshire, the ION could just be viewed as a highly successful field sales training school, getting the marketing messages out to eager young disciples’ minds and turning them into a formidable sales force.

All this works, of course, because there is no direct link between any of these statements and claims and the sales operation, no laws are being broken. Patrick can say in his books that Vitamin C is doing better than AZT in killing HIV without attracting the wrath of regulators. He can make claims on charity web sites about vitamin pills being a good way of treating serious mental illness, like schizophrenia, without breaking the law. When Patrick sends out his mailshots, or writes books, or appears on GMTV, he is not at that time selling food supplements. There is no compulsion to buy, or direct endorsement, of Holford branded food supplements. However, all boats float up on a rising tide. The public are more and more used to nutritionists’ distorted messages of the ‘need’ to take supplements, even though this is not a concept endorsed by dietitians, doctors and scientists. And like most people in the nutritionist business (c.f. ‘Dr’ Gillian McKeith), the complex dietary messages they give out make it difficult to walk into a high street health shop and self-select your own ‘optimum’ mix of pills. It is much easier to go with the ‘brand’ behind the message with their pre-formulated mixes and regimes, with the ‘right’ concentrations and combinations, ‘just for you’.

In this media soaked world, advertising does not need to take traditional and obvious routes. Content providers, like newspapers and TV channels, are desperate for quick, cheap and attractive stories. All Patrick and his like have to do is issue a press release in the right way and you can guarantee that a newspaper or two will pick it up and print it almost word for word. A large fraction of Daily Mail health stories are little more than press releases from commercial sources. This week we have seen the Mail and the Express print what was basically an advert for YorkTest allergy testing, endorsed by Patrick Holford, completely uncritically. There is no need to pay for adverts in the papers and also no need to come under the watchful eye of the Advertising Standards Authority. The claims made in the Daily Mail would almost undoubtedly have resulted in complaints to the ASA had the same claims been made as paid for adverts.

And so in some ways, it is quite remarkable that the ASA have been able to make a ruling at all. Patrick has been caught out this time. In these times of multimedia, multi-channel branding and messaging, the rules governing how medical claims can be made look rather out of date. The various regulatory agencies involved that arbitrarily separate print media claims from product packaging claims (and so on) make it harder to ensure that businesses obey not just the letter of the law but also the spirit. The Internet almost makes that impossible.

But maybe new forms of ‘regulation’ are forming and they are the democratic army of bloggers that manage to challenge the claims of quacks in highly accessible forms and at very low cost. These people are not competitors and mostly do not care what pills such people sell. The motivation appears to come from what is perceived to be an abuse of science and the distortion and obfuscation of genuine, simple health messages. There can be few fans of Patrick, who have tried to research him on the web, who now cannot now be aware of many of the legitimate challenges and criticisms of his philosophy and businesses. What is needed is a few more authorities like the Universities of Teesside and Bedfordshire, and media channels like GMTV, to do a bit more Googling too.

The Myths of Patrick Holford