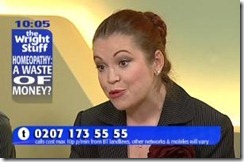 The Homeopaths and the Advertising Standards Authority