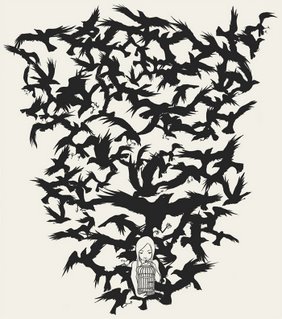 Sue Young, homeopath, writer, historian, mother and a daughter, had a bit of a shock last week when a ‘murder’ of quack-busters descended on what used to be her quiet blog about her homeopathy practice. The reason was that she had written a rather topsy turvy piece about how nasty old scientist David Colquhoun FRS had picked on a little herbalist and used a QC to silence her. We know the reality is the other way around.

The comments exchange was rather fast and furious, with people asking Sue to justify what she had written about Professor Colquhoun and, off topic, justify her acceptance of homeopathy. I am not sure if Sue had ever been exposed to anything like this before; homeopathists are not renowned for seeking and engaging in real scientific debate. She resorted to taking offence, not answering questions and justifying legal action. Ironically, this is pretty much the same sort of behaviour that Dr Ann Walker displayed against Professor Colquhoun. As Richard Dawkins so perfectly put it recently, ‘Offence is what people take when they can’t take argument’.

To be fair to Sue, although the comments were moderated on her blog, she allowed them to stand, which is much more than can be said for most other alt.med sites which either do not allow comments or mod critical comments into oblivion. Although now, Sue has closed this thread and allowed herself the last word. Something I guess she is entitled to given she is the blog’s author. However, she is bound to leave all her tormentors pretty frustrated as her closing statement is riddled with yet more fallacies. But what interests me is her final call to the array of skeptics to ‘do their homework’ by following a list of links. Presumably, she thinks that her haranguers are just prejudiced, narrow minded, ideologists who would never threaten their world view (or their alleged paymasters) by doing research. Well, I bet most readers actually did follow those links.

The first couple are just bloggers wondering why governments are not pouring money into quackery as part of their health services. Nothing enlightening there. The next was an article in the Daily Mail. Who on earth bases their worldview on articles in the Daily Mail? Next, a news wire report on how pharmaceuticals are poisoning the lakes and the sea. What do the homeopaths think happens to their waste? The compulsory anecdote about homeopathy ‘cured’ a kid with autism is followed by a humdrum rant against vaccines. But what stands out is a PubMed ref that claim to show how homeopathy is real science and not the pseudoscience claimed by its detractors.

Now, this is quite ironic. Sue, like many supporters of alternative medicine, likes to claim how their worldview is not ‘limited’ by science and how even that science is a terrible thing, suppressing natural healing alternatives, killing people in their millions in hospitals and denying more personal ways of ‘knowing’. And yet, given half a chance, they always want to validate their beliefs with something that looks like science. This behaviour has parallels with the Creationists who profess the importance of faith but leap on any tiny problem in the biological understanding of the world and cling desperately to their own pseudoscience. It is, of course an unspoken testimony to the power of science in finding truth.

So, is this 2006 paper the big validation that homeopathy needs? It is by a Domenico Mastrangelo of the Department of Ophthalmology in the University of Siena and is entitled “Hormesis, epitaxy, the structure of liquid water, and the science of homeopathy.” You can find the full text here. Mastrangelo states in the abstract that,

According to the western medical establishment, homeopathy is both “unscientific” and “implausible”. A short overview of its history and the methods it uses, however, easily reveals that homeopathy is a true science, fully grounded on the scientific method and on principles, such as, among others, the Arndt-Schultz law, hormesis, and epitaxy, whose plausibility has been clearly and definitely demonstrated in a number of scientific publications and reports.

The term ‘western’ is somewhat annoying. Universal would be a better description. It is as if there is no commitment to evidence in medicine east of Istanbul. But a minor point. The whole paper is nothing new but just the same tired old canards trotted out. It appeals to quantum physics, creates straw men, presents the humdrum as profound and invokes the conspiracy of “Big Pharma”.

The whole paper is obviously designed to appeal to people like Sue. It legitimises what they do by offering a facade of scientific respectability. By having an ‘academic’ point out that homeopathy is grounded in sound reason, it reinforces other homeopathy beliefs that the ‘suppression’ that goes on by people like me must be due to the money-grabbing influences of drug companies. Why else do I ignore the science as put forth by people like Mastrangelo? Sue, by her own admission, has no clue about science. But undoubtedly she swallows Mastrangelo’s paper, not because of its sounds scientific reasoning, but because it reinforces what she wants to believe. This is the central conceit of alternative medicine: that evidence is sought to justify belief rather than to discover the truth.

And so, your typical homeopath will venerate, not critique, such papers. It will become one more brick to throw in debates when arguing by URL. The advantage that such papers gives the homeopath is that citing them takes seconds, whereas explaining why they are nonsense takes careful words, especially to someone who appears to wear their ignorance of science as a badge of honour.

It is a salutary point to realise that a paper, so obviously flawed and unscientific, can still be published and appear in medical publication databased suh as PubMed. But of course, Journals have different editorial approaches and standards in refereeing. But even so, when published in the most prestigious journals, science does not stop at the publication of a paper. Results need to be confirmed in independent experiments and conclusions need to be debated and criticised. For completeness, I think it will be worth explicitly showing why this paper is nothing more than the usual homeopathic gobbledygook.

(PS What is the collective noun for a group of quackbusters?)