Discussing the problems posed by unconventional clinics, such as the Burzynski Clinic in Texas, has been a frustrating business. Leaving aside the direct threats from the clinic, it appears that such ventures attract followers with a religious zeal about what they do. It also is clear that the media cannot discuss the issue without framing it around a dying child with all the distortions that is bound to create.

So, first off, it was great to see Dr Christian Jessen raise the issue in the London Evening Standard.

But more importantly, there is news that, after a swift campaign, one Burzynski supporting charity will not be receiving funds from benefit concerts anymore.

Yes to Life is a well meaning but deeply confused charity that tries to encourage people with cancer to take ‘alternative’ options. By this, I mean that it puts people in touch with techniques and practitioners who use unproven, disproven, superstitious and pseudoscientific forms of cancer treatment. In short, it peddles false hope.

The charity lists every quack cancer therapy you can name, inlcuding Laetrile, Vitamin C, Gerson, Issels and Mistletoe. Not only does it list these therapies but lists practitioners both in the UK and overseas that are prepared to take your money and provide treatments outside of the mainstream. The site lists the great and the good of alternative medicine in the UK, including Dr Peter Fisher, Dr Wendy Denning, Professor George Lewith and Dr Jean Munro.

Of course, Yes to Life lists Dr Burzynski of Houston and his Antineoplaston Therapy. We are told this therapy can “reprogram cancerous cells to behave like normal cells.”

And outside of the medical world, let us not forget ‘Professor’ Jayney Goddard, President of the Complementary Medical Association and Fellow of the Royal Society of Medicine.

So, it concerned a number of people to see a charity night being put on in April at the Bloomsbury theatre in London in aid of this organisation.  The gig was to be given by everyone’s favourite marijuanna smuggler and convicted criminal, Mr Howard Marks. Now, by all accounts, Mr Marks is a very nice man, and I am not sure he was aware that he was getting into bed with such disreputable folk.

The Bloomsbury probably did not know too. The theatre is part of University College London with its own medical school. The Bloomsbury has been hosting great sceptical events, including Robin Ince’s Nine Lessons, and has seen Brian Cox, Richard Dawkins, Ben Goldacre and Simon Singh perform there. There was a strong feeling that this was not right.

And so, starting with Susan Bewley of Healthwatch, a number of people wrote to the theatre and the organisation, The Charity Fundraiser, to highlight their concerns. Prominent oncologists from UCL joined with well known science writers and scientists to ask if the event could be reconsidered. And it is to the great credit of Jeremy Banks and the director of the theatre, Peter Cadley, that they engaged with the problem and quickly found a resolution.

So, the good news is that the event will still be going ahead – and I do understand Howard Marks can be very entertaining – but all funds raised will be going to the Beyond Food Foundation, a charity that helps the homeless find meaningful employment. I hope you can go and enjoy the evening.

I doubt this would have been possible without the wave of awareness that has been generated on twitter and blogs since last November when Peter Kay was raising funds for Burzynski’s treatments and the Observer was running uncritical articles on his methods.

It maybe one small piece of the huge problem of misleading cancer treatments, but hopefully there is a slightly smaller chance that desperately ill people will be misinformed and feel they need to spend the last of their money on snake oil. 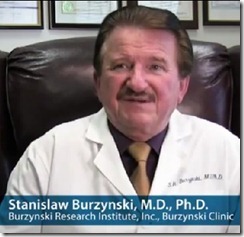